Roussanne is a white wine grape grown originally in the Rhône wine region in France, where it is often blended with Marsanne. It is the only other white variety, besides Marsanne, allowed in the northern Rhône appellations of Crozes-Hermitage AOC, Hermitage AOC and Saint-Joseph AOC. Wikipedia

Clones were imported in 2000 by Simon Barlow of Rustenberg in Stellenbosch who also made the first single varietal wine. About 75ha Roussanne is planted in South Africa except for the regions of Northern Cape, Robertson and Worcester. Notable plantings include Paarl (27ha) Malmesbury (16ha) and Stellenbosch (11ha). SouthAfrica.co.za 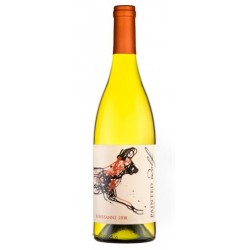