From the Robertson wine valley comes a new trend-setting Bubbly enjoyed by those who appreciate the finer things in life.  Expect to find it at exclusive dinner parties, uptown eateries and the tucked-away deli on the corner.

Farmer and bubbly producer, Henk van Niekerk, believes it is the break away from the traditional which propelled this MCC from its humble beginnings on Wonderfontein Estate, to the fridges and coolers of a new generation of bubbly enthusiasts.

From a young age Henk stole groceries from his mother’s kitchen for his field expeditions with his fellow boy scouts. His passion and enthusiasm for mixing various flavours in his style of cooking was already clear at that age. Many years later it was the PAUL RENÉ MCC experiment that surpassed all his expectations and is now his life’s passion and living dream. 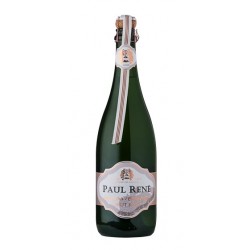